Chewing the Bread of Life

I am writing a Series "Who is Jesus?" If interested - click here to visit my other blog: "A JOYFUL NOISE" : http://hazel-moon-blog.blogspot.com/

You are invited to enter YOUR True Story at our Blog Party.


You have probably NOTICED that I use “inlinkz” http://www.inlinkz.com/new/home.php for this Party.  Their annual fee is reasonable, and their set up is simple and easy to use.  They are computer savvy and will work with you if you have a problem.
You might consider InLinkz to set up your own Blog Party.


Have you tried reading and commenting on a few posts near you?
If someone comments on your post, please visit their site and leave a comment. 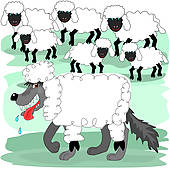 
We were ignorant as to why the seller of the land we were purchasing, was at the Title Company, working on one of their computers.  He did not belong there, but for some reason the staff must have known him because they had allowed him access.  We were there to sign papers for our purchase of his land and this seemed so strange to us.


What we did not know was that as he sat there he was changing some information on their records.  The piece of paper that we received gave us clear title, - but it was not true.


This evil seller had fudged the Title company records when we originally purchased the land to build our dream house on.   We had heard a rumor about water bonds, but when we approached the “Christian” Man who supposedly held them, he feigned innocence, so we felt safe.


My husband was very ill, and we were without income, it was necessary that we sell our home.  We had waited for over a year for a buyer, and we were in a bad situation.


While our house was in escrow, the “Christian” man holding the liens laughed at his cleverness, that we were obligated to pay him a large sum of money before we could finalize the sale of our home.


Visiting an attorney in our city, we told him our plight.  After hearing our story, he left the room, went to his partner and soon returned.  It seemed the Christian man had already visited this and other attorneys in town which legally would stop us from hiring them to represent us.


That smarted a bit and my hubby still hurts over this as our loss was hard earned cash gained by sweat, and not by skillful maneuvering.


We were in a difficult place and there was no other option and the payment had to be made in order to sell our home.  The amount owed to the “Christian man” was much larger and the Title Company paid all they were legally required to pay.  The balance of several hundred thousand dollars was up to us.


We had two choices, either to go ahead with the sale and take our loss or suffer the loss of our buyer.  We decided to go forward and accept what was ahead.


That was many years ago and you may wonder what happened to the seller who typed in the false information?   He went bankrupt and lost his property across the street from us.  We heard he left for parts unknown.  His sins I am sure caught up with him.


And as to the Christian man, who stole from us, we left it up to God to avenge us and to be honest - - we hope that God did just that.


Jeremiah 30:16 Therefore all they that devour thee shall be devoured; and all thine adversaries, every one of them, shall go into captivity; and they that spoil thee shall be a spoil.


Be sure to encourage your fellow bloggers near you
by reading several stories and leaving  comments.


May I encourage you to follow by e-mail, my other blog:  “A Joyful Noise”.
An InLinkz Link-up
Posted by a joyful noise at 3:12 PM

Email ThisBlogThis!Share to TwitterShare to FacebookShare to Pinterest
Labels: TELL ME A TRUE STORY BLOG PARTY Week of 01/23/17

I would bet you had perfect peace when you let go of that Christian man who stole from you and placed him on God's hook. That's the best way, every time. I've heard of situations like yours while I worked in sales but folks who do not put their perpetrators on God's hook get bitter and sometimes ugly towards everyone. I'm happy that didn't happen to you. This is a good story that teaches how to do the right thing!

This is the kind of story that makes my blood boil. I remember it and it still brings anger to my sense of justice that lives in those of us that know our Father.

I'm sure the wisdom gained has served you and many others that you've counseled alone the way. I'm also certain that yes, God did not allow this man that took His name in vain to walk away from those He loves and protects.

I appreciate that you're not bitter, Hazel. That's a lesson for me all by itself.

Rescue the Stories Book One

Available as an Ebook from Amazon

My E-Book Rescue the Stories is Available

Rescue the Stories Book One
E-Book $1.99
At BookTango’s Book Country
Also at Amazon.com

How to Begin Your Own Blog

How to begin your own Blog